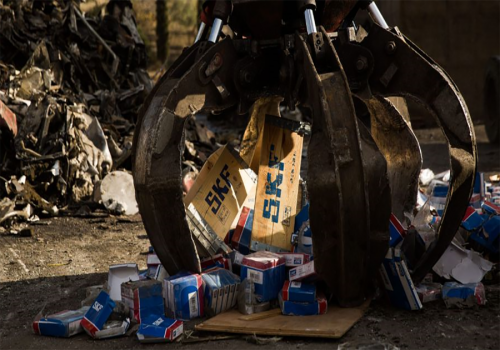 SKF has recently completed legal proceedings against a dealer of counterfeit bearings in Greece. The proceedings were initiated in 2009, after some 15 tonnes of counterfeit SKF bearings were seized as part of a raid at a dealer’s warehouse in the area of Piraeus. The bearings with a market value of approximately 1 million euros have now been officially declared counterfeit by the Greek court system and physically destroyed.

“Customers who accidentally purchase counterfeit products are being cheated financially and risk damage to their machinery as well as expensive downtime,” says Tina Åström, director of SKF Group Brand Protection.